The 30 & 60 Second Spots – Composing for Advertising

When it comes to making royalty free music that sells one of the important factors is track length. Much of the music that is sold on the royalty free libraries is used for advertising and commercials.

Most producers who buy from libraries like Productiontrax and RevoStock will not have a big budget. They will therefore most likely be needing music for a 30 sec or a 60 sec spot. They simply cant afford longer spots on TV and want to fit the standard time frame.

Why is 30 or 60 seconds the track length I should aim for?

The 30 sec and 60 sec spots is like an industry standard. Most commercials are either 30 seconds or 60 seconds long. If you take a look at some of the music libraries you will also see that best selling tracks are often 30 or 60 seconds long.

Now it’s not like music longer than this never gets used, but if you were an video editor would you not pick the track that already fits in length for you commercial? No editing to be done and a prober ending and start to the music.

Recent studies has shown that more advertisers are using 30 seconds for commercials. A 30 second commercial is almost as easy to remember as one thats 60 seconds long

You just don’t have to pay for as much air time. Worth taking into consideration.

Trailers will typically be 30 seconds, 60 seconds or longer

Movie trailers will typically be longer than TV commercials. More time is simply needed for showing the story, the characters and what to expect. You will however often see teaser trailers that are 30-60 seconds long. The typical trailer is 60 to 1:30 and the theatrical trailer is 1:30 – 2:30.

As the music from the libraries I’m listed at is very unlikely to be used in theatrical trailers, it makes sense to focus on the 30 and 60 sec mark. Longer trailers also often mixes different tracks and track length is thereby not as important.

Should I make multiple versions of my tracks?

Yes. In some of my future compositions I will be uploading a 30, 60 and full length version of my tracks. This way the bases will be covered and it wont take too long make two cut down versions of a track. Some composers also upload 15 sec versions, loops and stingers, but I think the time is best spent on the 30 and 60 second versions.

We would all like to see our music be used in films.  But the fact is that most music sold on the royalty free libraries will be used for commercials and small scale video productions.

It’s therefore a good idea to have this in mind when creating tracks, at least if you’re in it for the money. But most important have fun composing, that’s what makes great music. 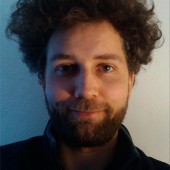 The owner of EagleCinematics.com has been composing music for over 10 years and are having loads of fun with it. Webdesigner, affiliate marketer & now also selling royalty free music online.

The Holy Grail Of Making It In The Stock Music Business?

Welcome to my blog about selling stock music online. If you have any ideas or comments I would love to hear from you 🙂